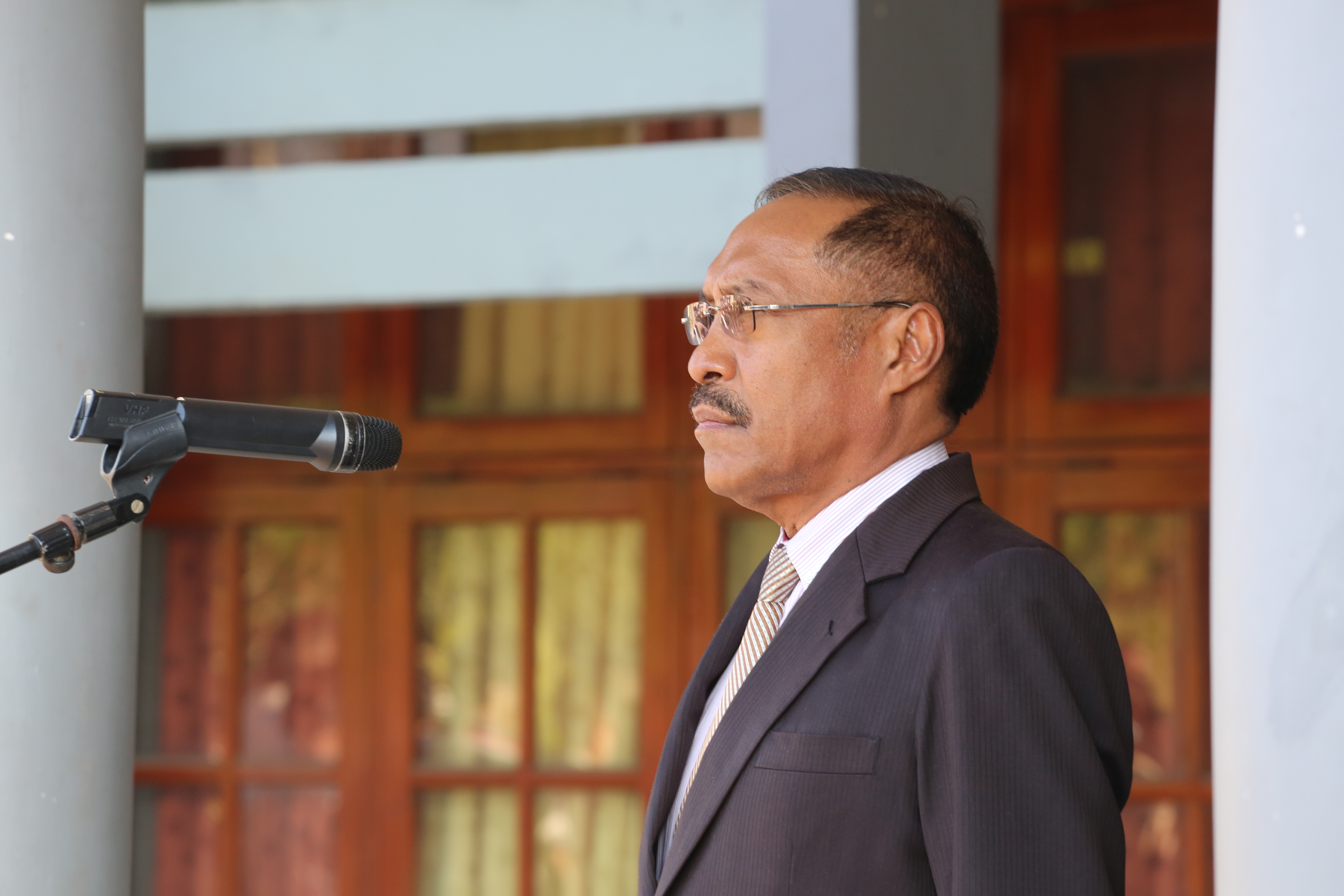 Dili: On 6 August 2018, Minister of Defense (MD), Brigadier General Filomeno da Paixão de Jesus led flag raising ceremony, held at the Ministry of Interior (MI). In his speech, Minister of Defense called on all functionaries to comply with the rules and laws of Public Function.

Minister of Defense, who is also acting as Minister of Interior, appealed to all functionaries to maintain discipline in the workplace and to comply with the rules and laws of Public Function.

In his speech, Minister of Defense informed that the current provisional politics is to give more attention to F-FDTL and PNTL as well as immigration services. He will also focus on improving Civil Protection.

“ I would like to inform that I am not going to apply military manner here, but I do expect one thing, whatever in the past that did not comply with the law need to be  immediately changed, and I do not accept any officer here to involve in any disorientation” Minister of Defense said during the flag ceremony at the Ministry of Defense.

Minister of Defense further said that the law of Public Function and all regulations should be implemented.  Therefore, he will request lists from Secretary of State to register staffs and properties as required by the law.  Minister of Defense said that he would not tolerate any officers to involve in any violation of laws or misconduc.

Minister of Defense said that when he is leading Defense Institution, he observed that there are 45 Functionaries and 11 hired staffs.  However, he was shocked to find out that the Ministry has 42 vehicles.  This signifies almost every staff operates one vehicle. The condition is a burden to the government budget, in particular expenses on fuel consumption and maintenance. Minister of Defense said this situation needs tobe changed in order to be in line with the law.  Staffs’ entitlement to government vehicles should be regulated based on the law.

He emphasized that the current government’s excessive expense was the result of irresponsible use to government properties such as vehicles and computers.

Minister of Defense urged all departments and directorates to maintain control over staffs’ attendance record and punctuality, staffs should inform their purpose when leaving the office during working hours.  Staffs are not allowed to utilize government vehicles for private interest.

Minister of Defense said five years ago, F-FDTL was disorganized, however the institution is progressing; hence, he expected better progress in the coming years.  Timor Leste is a country, it is no longer a province, therefore people should change their unproductive behavior and take their responsibility more seriously.

“Our life merely depends on petroleum fund which contributes 15 million a month, this amount is not sufficient to respond to the country’s entire expense” he said.

Therefore, he will put some attention on the attendance list in order to obtain records on staffs’ presence.  His demanded all staffs to control the use of government properties, maintain discipline, effectivity, efficiency and professionalism. He further said that if everyone walks in the same path, we will progress.  We cannot just demand professionalism from F-FDTL and PNTL, while public servants themselves lack of discipline. 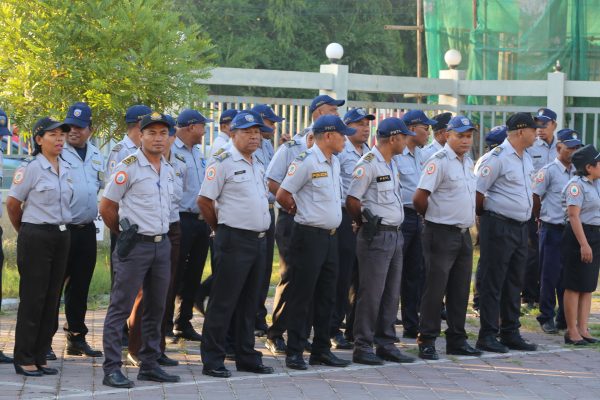 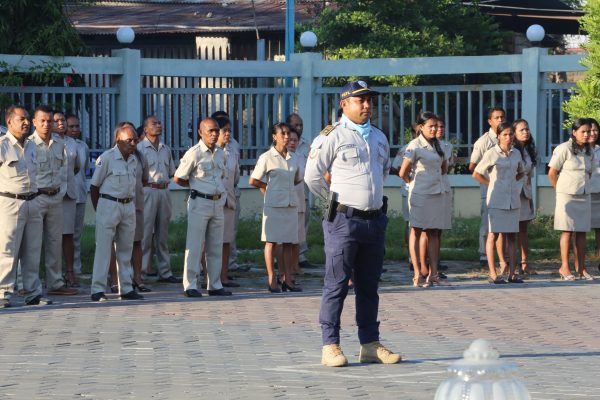 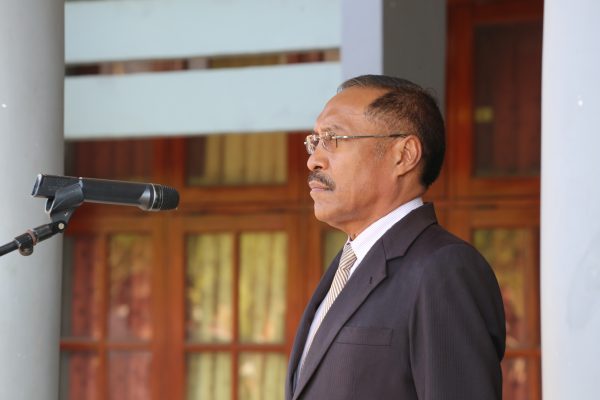 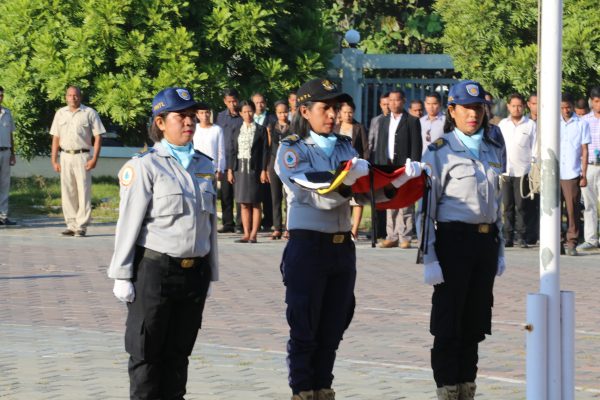 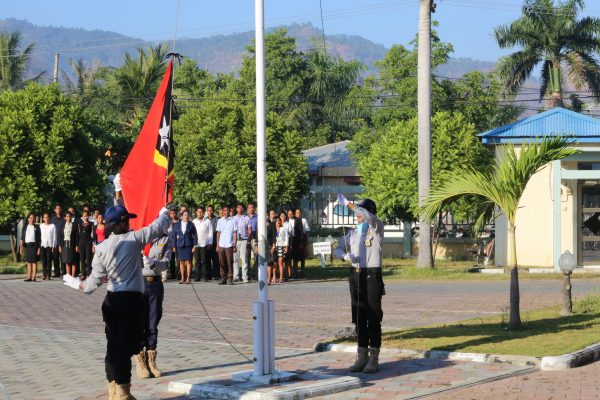