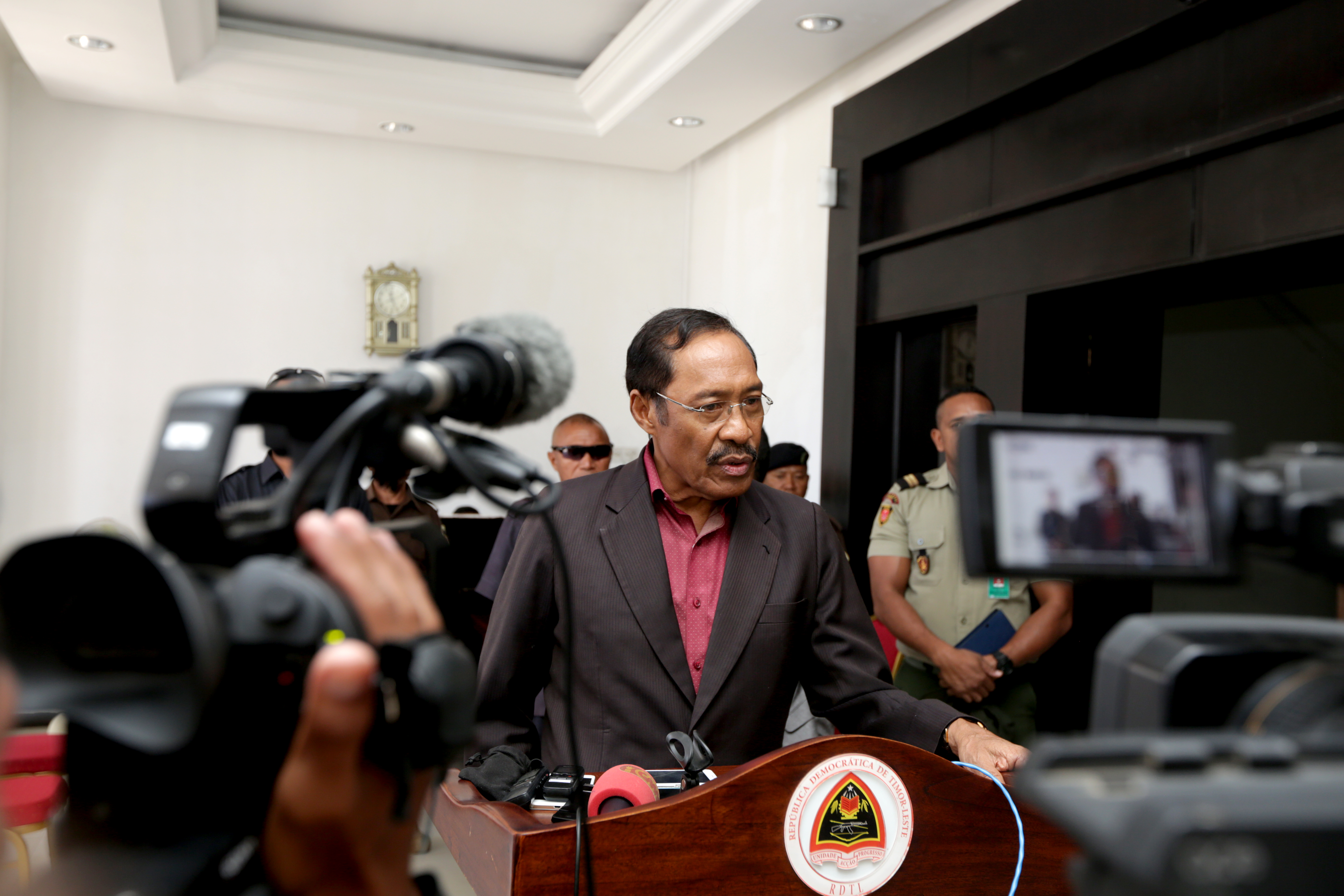 DILI: It has been almost one and a half year that Timor leste is in uncertain political situation, however the situation remain steady.therefore,Minister of Defense as well as interim Minister of Interior is grateful to people’s maturity and contribution to peace.

Minister of Defense said that we are facing unussual situation, there has been delay in the appointment of new ministers to complete the eight constitutional government. This situation is not a unique situation, it happens in many countries.

“I my self temporarily accumulate two ministerial offices, however from Defense and security point of view, I would like to take this opportunity to thank community for their contribution to peace.  It has been a year that we are living in an uncertain political situation, however, the community has helpedthe security force to maintain stability in Timor Leste,” said the Brigadier General during an interview hosted by GMN in Bebora (13/08/2018

The Brigadier General further said that people are monitoring the the situation.  The expectation is political leaders from opposition could hold a dialogue in order to end the political deadlock.

“The programs for F-FDTL and PNTL should reflect the principle of rationalization.  as has been written in the law of National Security.  However, we need to ensure that political consensus on the program,” said the Brigadier

According to him, both institutions should work as complementer to each other. As normal citizens,both security and defense forcescan learn politics and social relation, as Timor Leste adopts democracy system.