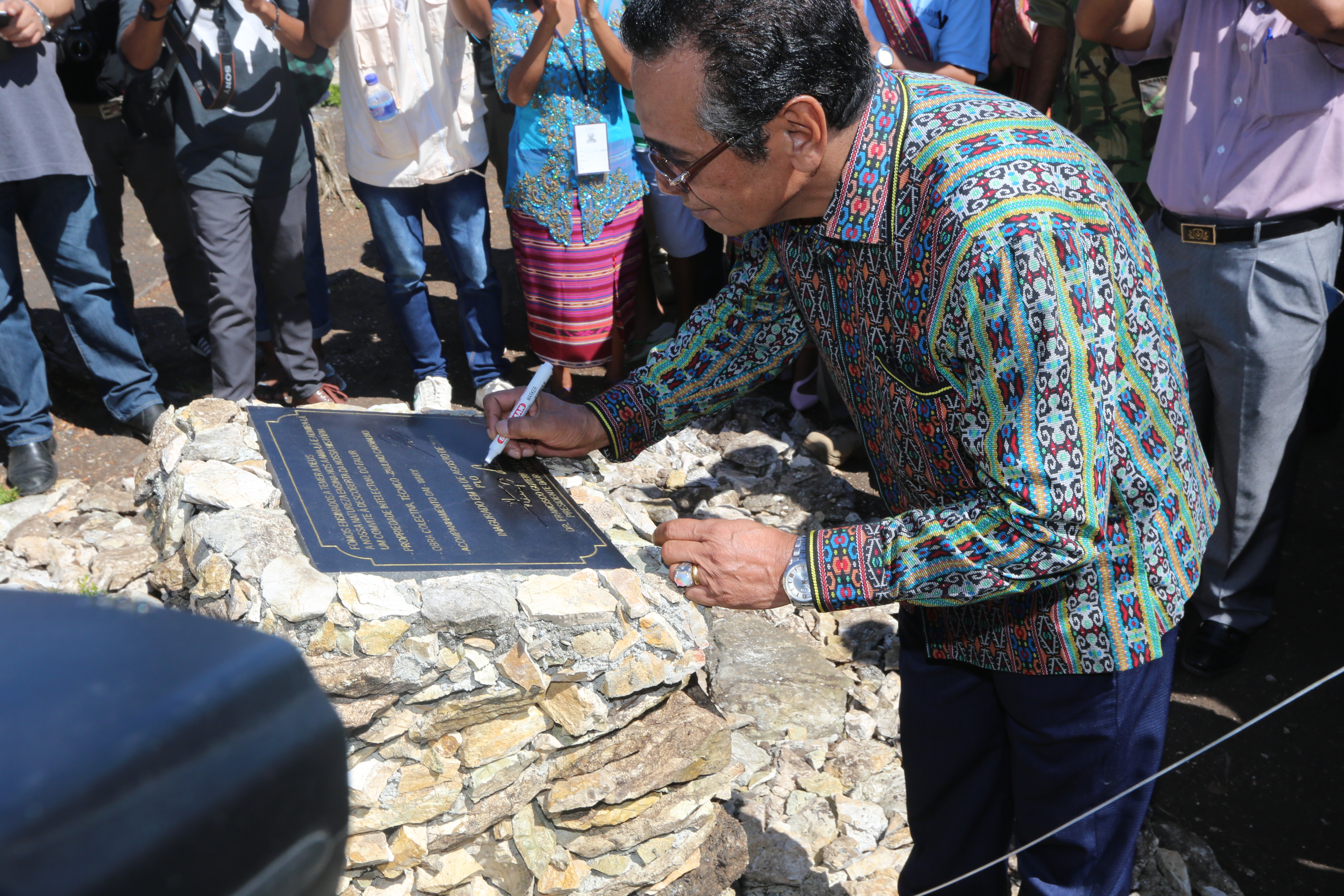 The monument that takes the shape of a bullet, was establishedon the top of the mountain.The Laba-Lou Monumentwas established to commemorate Timor resistance as well as to preserve the historical place, where population used to hide during the gurerila war in 1976.  The monument simbolizes Timorese long fight against Indonesian occupation.

Laba-Lou is a historical place, where on 15 September 1995, a group of FALINTIL leaders such as David Alex Daitula, Falur Rate Laek, Maubuti, Rai-Ria, Haksolok and other FALINTIL commanders and members of clandestine held a meeting to verify clandestin service in order to trengthen the fight against Indonesia.  The place was also a central point for resistance support.  Many leaders including Taur Matan Ruak and Lu Olo used this place as a hideout.

The President of Republic apreciates the innitiative from vetarans and community members to build the monument.  It is a good initiative to strengthen resistance value, which is important to preserve the story from generation to generation.  This effort will change the historical place into a place where local people can socially interact with visitor.

“I am glad with the presence of Australian veterans. It is a symbol of a strong relationship between the two countries,” said President Lu-Olo in his speech when inaugurating the monument in Loihunu village, Ossu, Viqueque.  (18/08/2019)