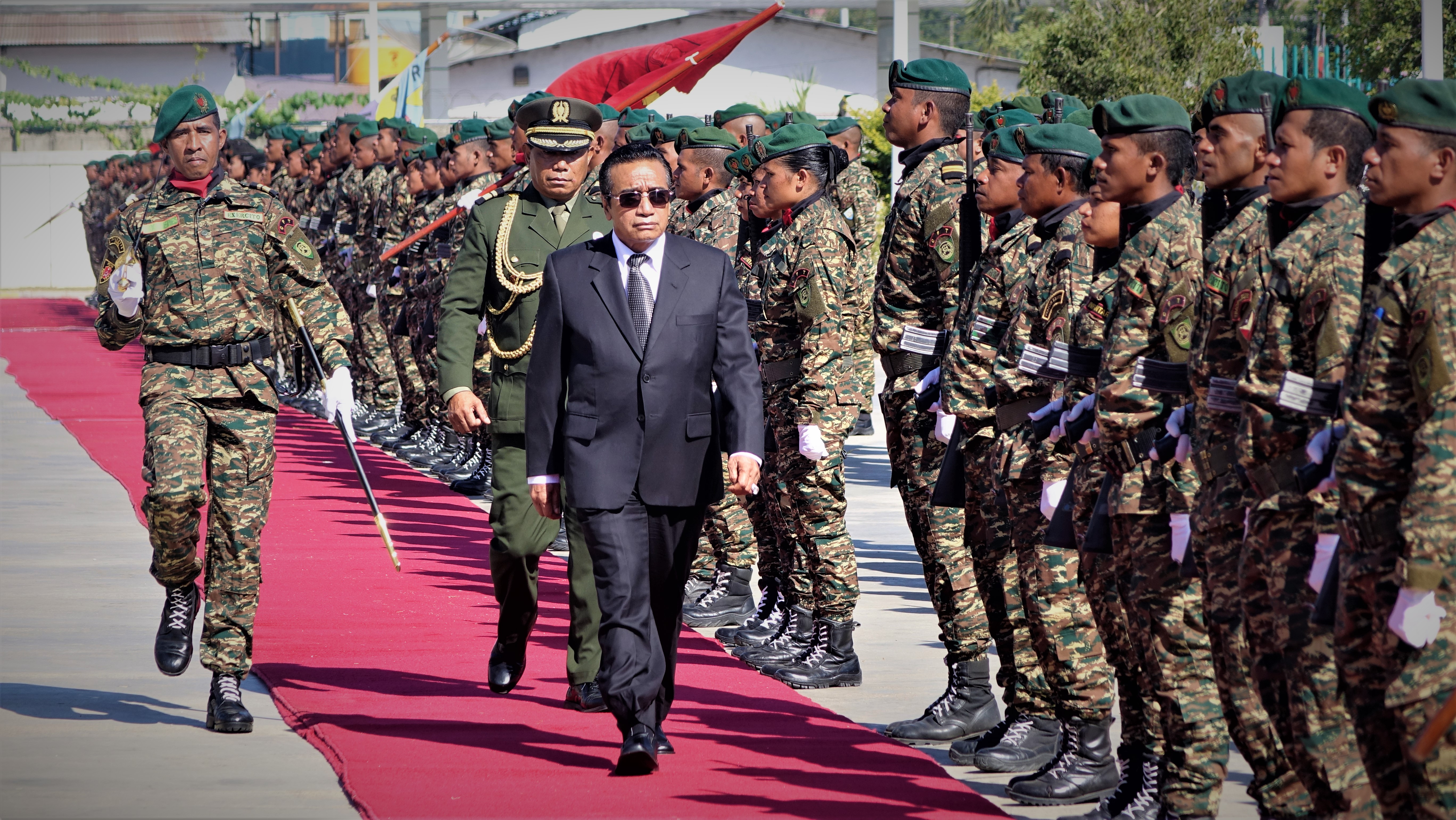 DILI :This year, 43th FALINTIL anniversary celebration is different to last year celebration.  It is a simple and dignified celebration due to limited budget.

The important day marks our struggle to liberation.  FALINTIL, which established on 20 August 1975, was able to fulfill its mission of liberation to our beloved country.

Minister of Defense, Filomeno da Paixão de Jesus states that the day is an important day to F-FDTL, which originates from FALINTIL.  Eventhough, the ministry is facing difficult financial stuation, but the celebration is well organized. The celebration is participated by the Australian Chief of Army, the Portuguese Chief of the general staff , important leaders  and veterans.

“We will use this opportunity to remind young people and and members of F-FDTL on values, courage, nationalism, patriotism, honesty and the spirit os self sacrifice to serve the country.” the minister said when attending FALINTIL anniversary celebration in F-FDTL headquarter in Fatuhada (20/08/2018)

Acoording to minister Filomeno, veterans who are still active in the military should be honoured with rank promotion before they are going to retirement as being promoted during this year cxeremonuy.

“Today three officers were promoted to higher ranks, they are Lieutenant Coronel Manuel Freitas (Maubuti), Joao Pedro da Silva (Rai-Ria) and Higino da Neves (Frigate).  This is to honour them , for the contribution to the national liberation within 24 years” said the minister.

On the same occasion, the Chief of General Staff, Lere Anan Timor satated that the commemoration is important, despite many of the veterans did not take part in the ceremony as they are living in rural areas.  Some veterans might be preocupied with agricultural life.

“I think the fighters’ (veterans) future is their children, if we do not tell their story, then they , who are the root of the story will be abandoned and be forgotten” said Major General Lere. Therefore, I plea to all leaders who are in power to create establis laws on the destiny of veterans in order to elevate their children’s life.