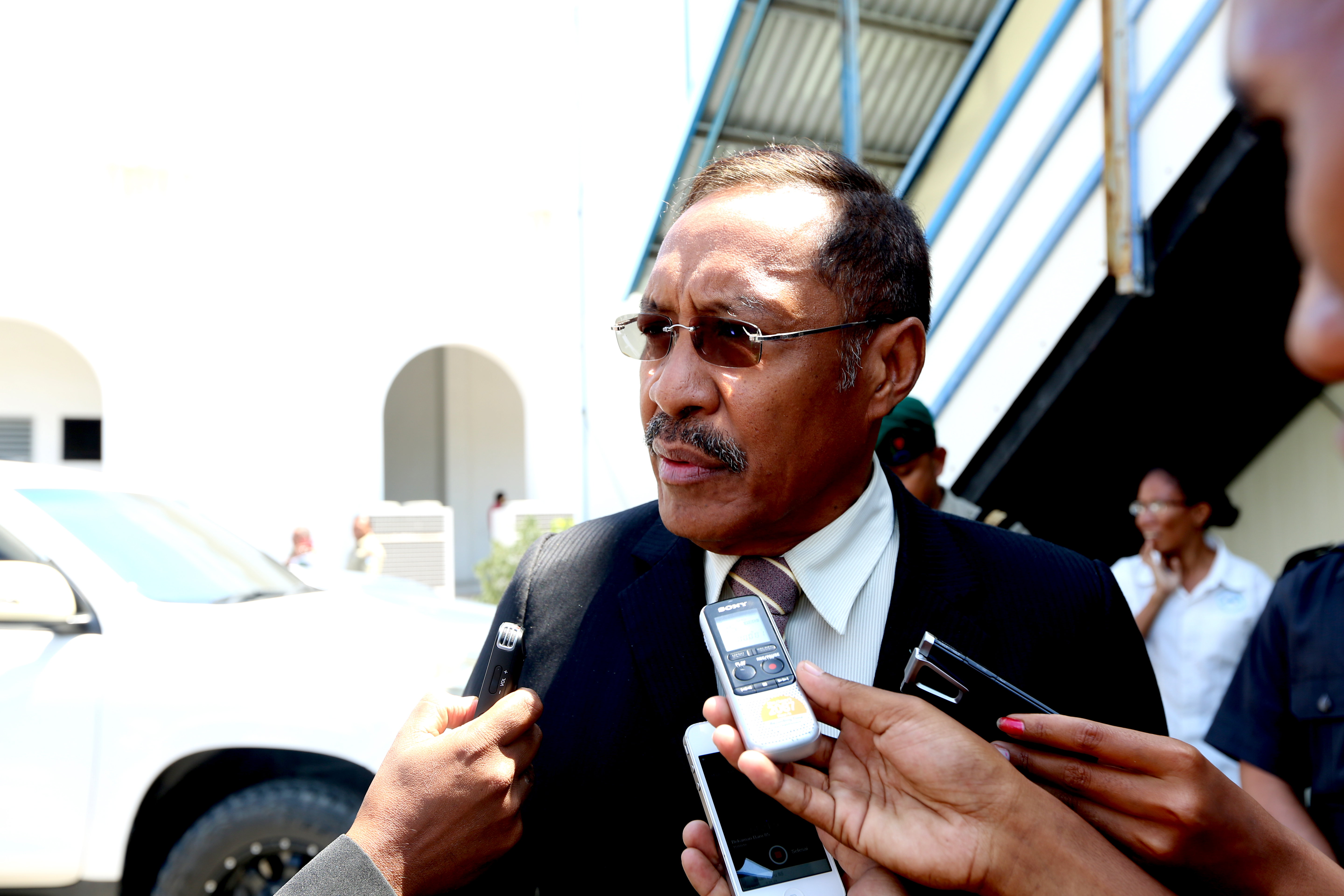 DILI : Minister of Defense and interim Minister of Interior Brigadier General Filomeno da Paixao de Jesus calls on all functionaries in leading positions to obey the law and regulations to keep everything in legal path.

“I ask everyone to have this understanding, as you are the ones managing this institutions, henceI expect everyone to maintain punctuality in you workplace,” said the minister during the meeting with all functionaries in leading positions at the Ministry ofInterior hall (24/08/2018).

The minister said that everyone should have the same concept, hence, everyone should read the law to gain better understanding such as the laws on disciplinary.  He urges those who have not read the law to start reading.  It is not fair to expect those in lower positions to obey the law but those in leading positions do not comply with.  The Brigadier General also said that materials, even such as pens and computers should in control based on the regulation.  There should be explanation on the use og the government materials.

“We need to work as complementary to each other, in particular F-FDTL and PNTL should complement each other, this is the politic, this is what the law says, I just inform it to you,” said the minister.