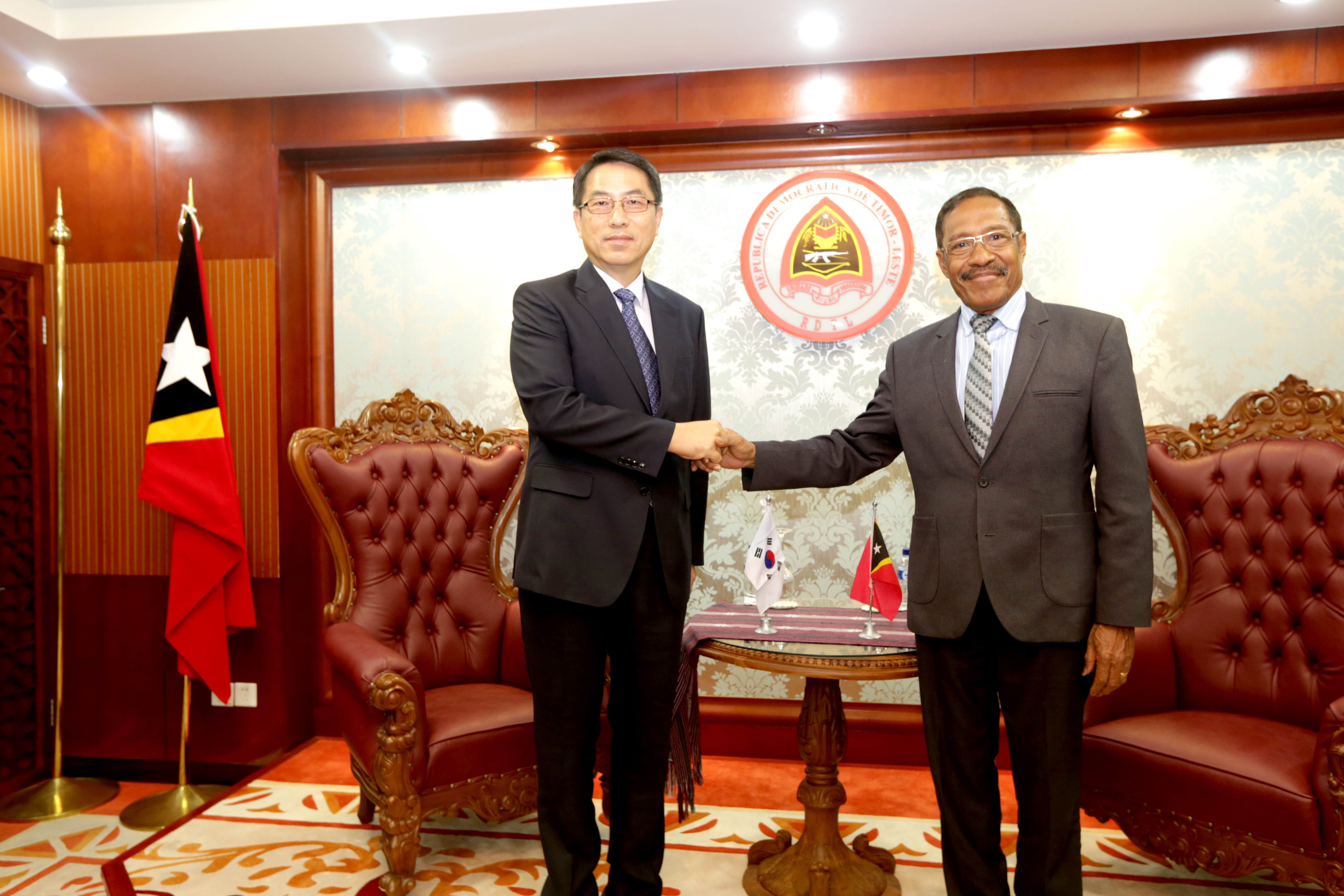 Minister Filomeno expressed the government’s gratitude to the entire support from Korean government and said that in short period of time, he would held a a discussion between Ministry of Defense and the South Korean Embassy in Timor Leste regarding specific areas in Timor Leste that South Korean is interested to support.  The Korean ambassador also informed Minister of Defense that South Korea is interested to support F-FDTL in satelite mapping. The ambassador, who is an ex General said he himself has many experiences in South Korean satellite mapping.

Responding to the discussion, Timor Leste minister of Defense told the South Korean ambassador that Ministry of Defense would first study necessities and priorities the proposal.  According to the minister, besides satellite mapping, the eight constitutional government is also planning to establish National Alert System for the entire territory.  The system will not only serve as war alert, biutis also a reliable system to people in the event of natural or man-made disaster.   Ministry of Defense will   also discuss with the Korean Government on the possibility to provide more capacity building, particularly military and civil training in military area.

The two countries have established a strong relation, and there is expectation to further expand and strengthen bilateral, regional and global relationship.