The new Minister of Defense will bring good progress. 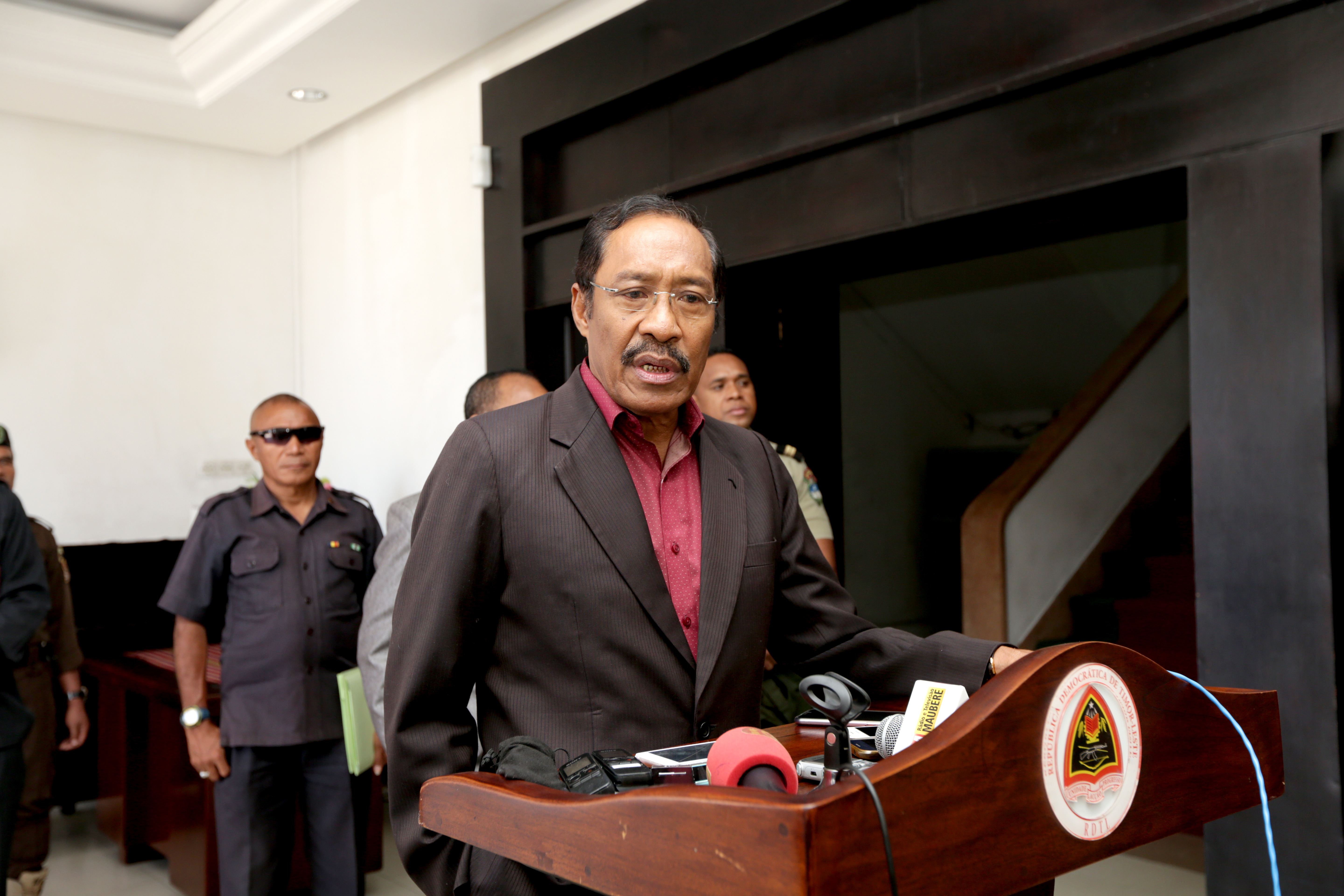 “We have new expectation, there have been ministers from civilian, however, this period we have a minister with military background which means the minister has good knowledge about the ministry,” said director Nuno to journalist in his working place (09/10/2018)

He further said that this does not signify the minister will take care of everything.  The new minister completed his degree in law; hence, he has good knowledge on legal procedures. However, the progress of the ministry lies in the teamwork;therefore we need motivation and good will to bring prospect to our military force.

In the same place, national director of PEPI, Martinho Maia Goncalves said the minister comes from military background, hence considered as part of the ministry;therefore, the expectation is that with his knowledge and leadership, especially his political orientation will bring progress in the next five years.

“Here, we always support and we aready to execute the politics of ministry of defense particularly politics to progress F-FDTL, therefore it is important to have loyalty and the spirit of nationalism and partiotism in order to progress our works in the ministry,” he said.

The director stated that the mission of defense force is almost similar to MNEC.  As in MNEC, the ministry also plays role in defense diplomacy, particularly regarding external threats.  The constitution says that one of Defense Forces’ duties is to respond to external threat and other external politics such as natural disaster, involves in UN mission and many other social service and public interest.

“This is not the first time for me working with the minister.  I worked with him when he was stil in F-FDTL during difficult time when the military crisis occurred. We always work together to bring forward the government program according to the then Minister of Defense’s plan.  We need strong spirit of nationalism and patriotism, “he said.

In Ministry of Defense, political background is not a preference.  We are all ready to serve with integrity and good cooperation with the new minister to bring success to the eight constitutional government.