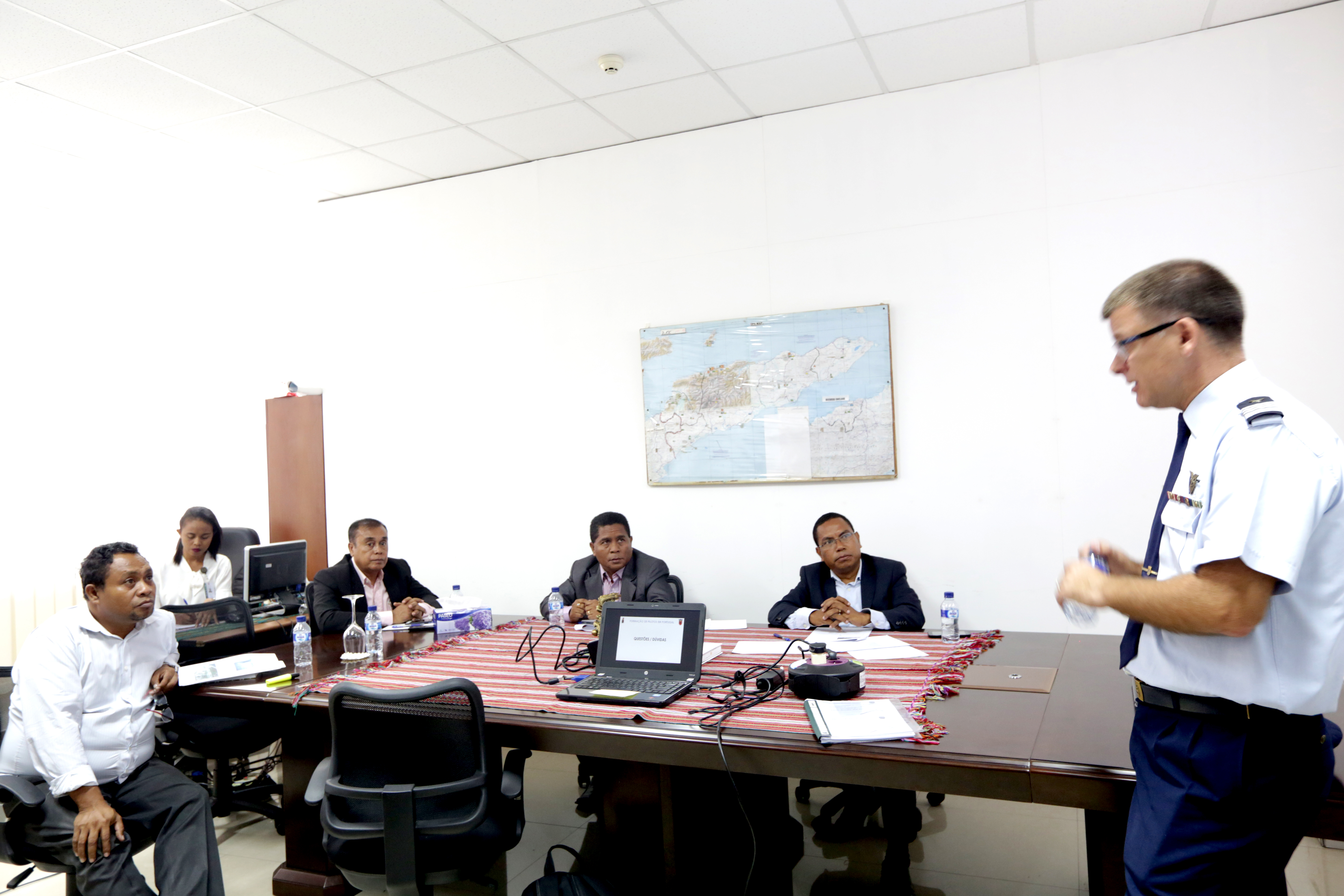 The training aims to provide capacity building to F-FDTL such as technical knowledge, which will help them in providing better security to the nation sovereignty in the future, particularly as preparation for the Timorese Air Force.

Minister of Defense states that the government will prioritize F-FDTL, especially the component of aero, because F-FDTL has had an operational aircraft.

“The component of aero is now open, we have plan to purchase three more aircrafts, however we need to first conduct a study,” the minister said to journalists when participating in the meeting on the 2019 State Budget (Monday, 17/09/2018)

According to the minister, the aircrafts are not for battle purpose.  The minister will propose the plan and the Council of Minister will decide whether or not to purchase the aircrafts.   In relation to F-FDTL’s plan to establish component of aero, Aero Dili Company has offered an aircraft for operational purpose.  At the moment, three F-FDTL members have finalized their pilot course and seven more members finalized Mechanic course.

The minister said, considering the high price of helicopter and the cost of maintenance, the government will weigh up the decision prior to purchasing the aircrafts.