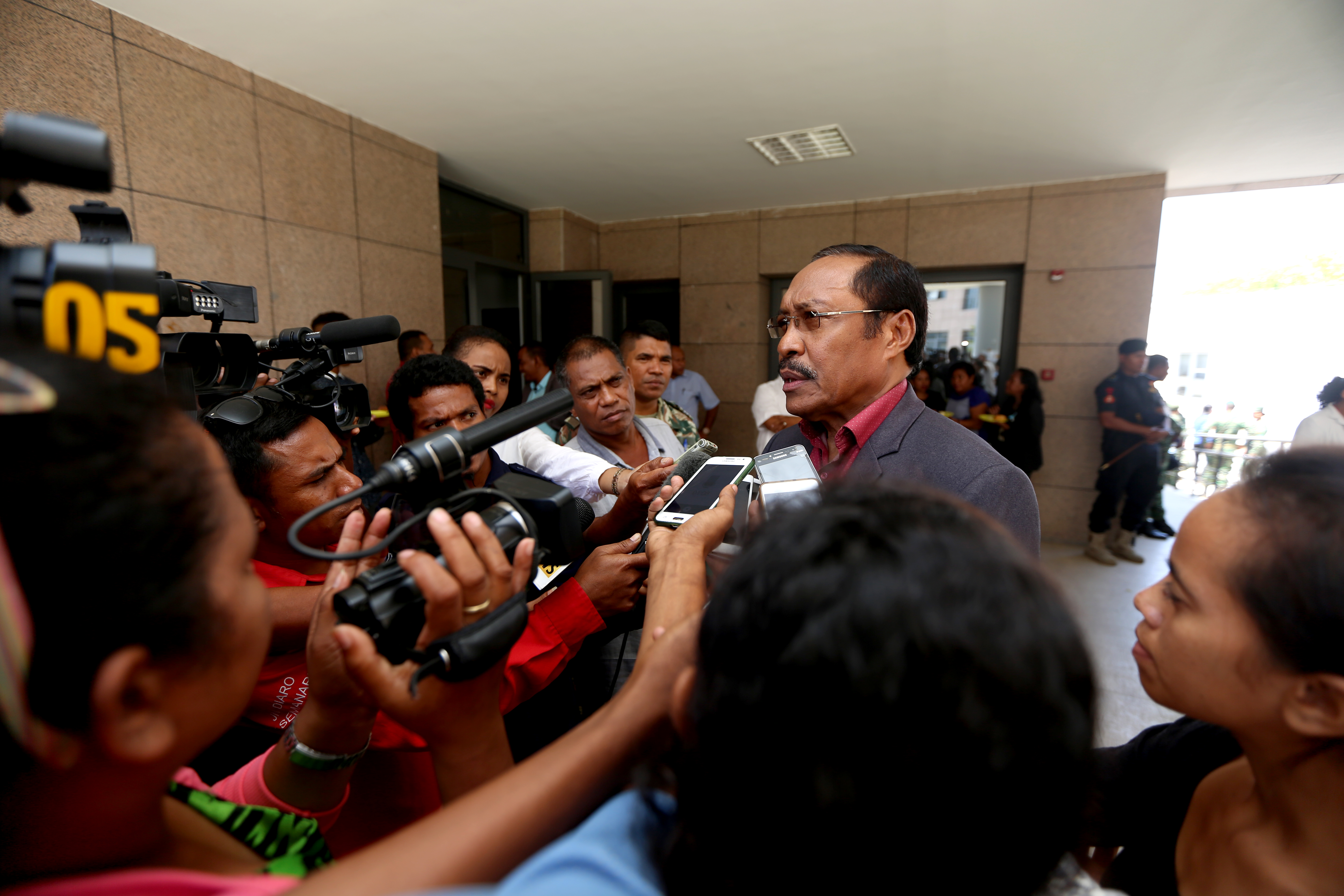 DILI: The eight constitutional government through the Ministry of Defense will establish the air companont to strengthen F-FDTL, but will first prepare establish the directive in order to facilitate the area.

Therefore, Minister of Defense held a discussion with the Prime Minister regarding the issue.  In short period of time, the PM and the F-FDTL will establish the air Component.

“Regarding the recruitment, we need to be specific and it has to be secured,” said Minister Filomeno to journalists in Government Palace, Friday (28/09/2018).

The minister sayd that in relation to the plan, the government will anticipate particular budget in the 2019 State Budget.  This is important as the Air Component was cited on the eight constitutional government program.  The minister had asked Prime Minister’s authority to establish a new directive for the plan.

After conducting the recruitment for the component, the government will deploy recruited members to have capacity building and training in military academy in order to have better knowledge.

The Minister further said that the 2019 budget has anticipated sufficient budget to provide infrastructure for the air component and human resource, leadership and other components to progress the component.

However, prior to this process, F-FDTL institution has deployed ten people, composed of nine men and 1 woman to have aerial training in Philippine, starts from 2011 to 2016.  From this composition, 3 people studied mechanic and 7 people studied pilot.  To support this, the seventh constitutional government has provided an operational aircraft to F-FDTL.

The government will purchase another three helicopters once the air component has been established in order further facilitate operation in the entire territory.