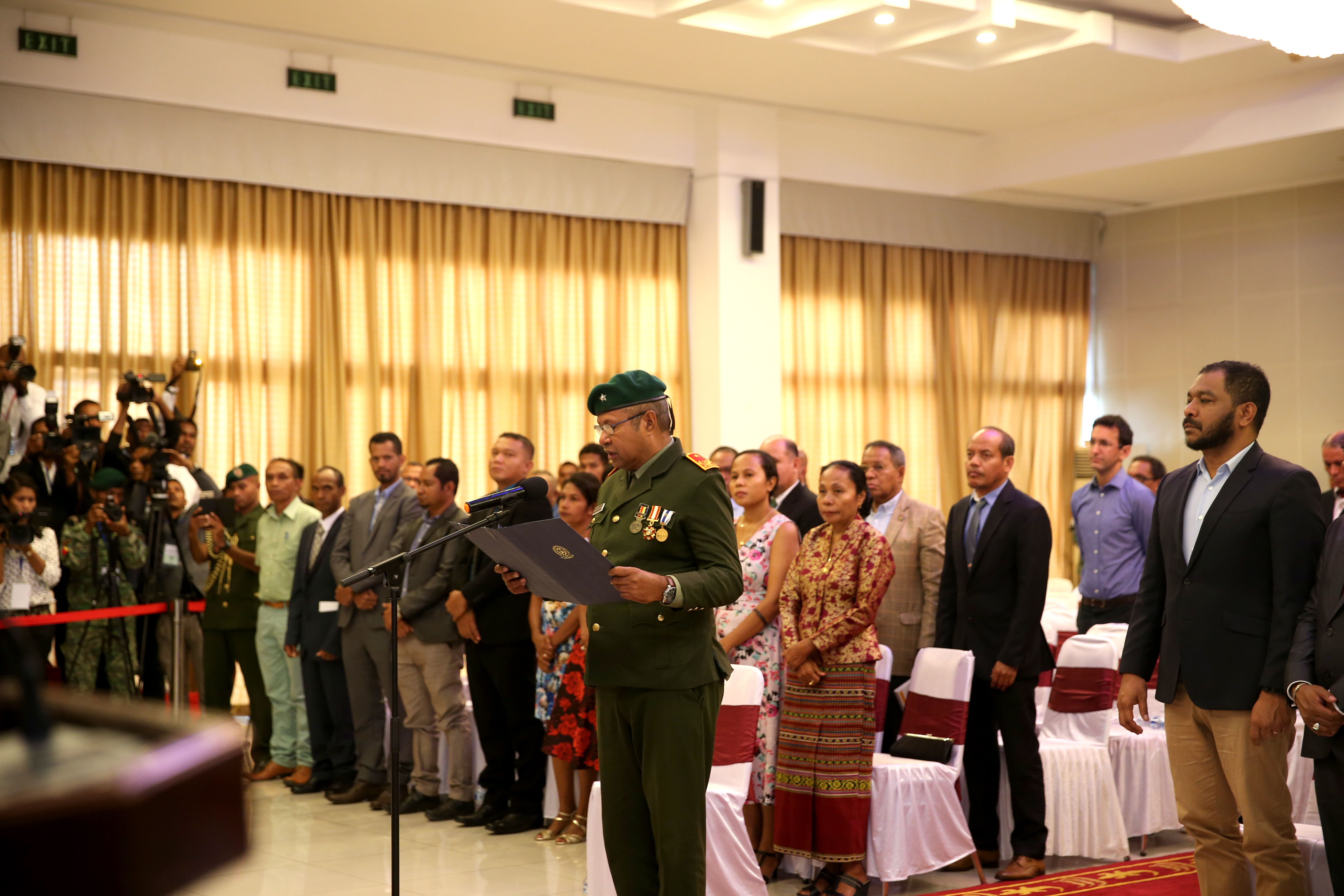 During his speech, the president of republic stated that Brigadier General Falur Rate Laek was a guerilla fighter for national liberation.  He described Falur Rate Laek as a good officer with bright career to serve the military force and the country.

According to the President, Falur is a very professional officer, he will be able to lead the command and the military staff with competency, he is aware of the reality within F-FDTL, in particular, in the direction and the follow up of all processes in Head Quarter.  This means that he is competent to exercise higher responsibility given to him.

“Therefore, I would like everyone success in your mission,” The Chief of State said during the inauguration at the Govrnment  Palace.

The President said, as the Chief of State and the Supreme Commander of F-FDTL, he will uphold F-FDTL’s fame and dignity in order to strengthen cohesion and the state unity as well as the Timorese identity.

At the same occasion, General Chief  Staff (F-FDTL), General Lere anan Timur said that as a citizen, commander Falur has shown high work motivation and bravery for more than twenty years along with other fighters in the process of fighting for national liberation.

“I think Brigadier General Falur Rate Laek will demonstrate ability to work with others in order to better develop our F-FDTL institution, this is not the first time we have worked together, we have been working together for long time,” General Lere said.

On the other hand, Vice General Chief Staff (F-FDTL) said he feels glad and sad at the same when accepting the new responsibility.

“All of us here, our entire life were in in tensions and nervous, we never imagined to reach this position, it is not easy, but it is not forced too, because it is a necessity,” Said Falur.

According to him, it has become part of the institution’s vision.  It has been defined in the constitution, in defense laws and in the national security laws. The laws define condition for F-FDTL to be credible and accountable in performing its mission.