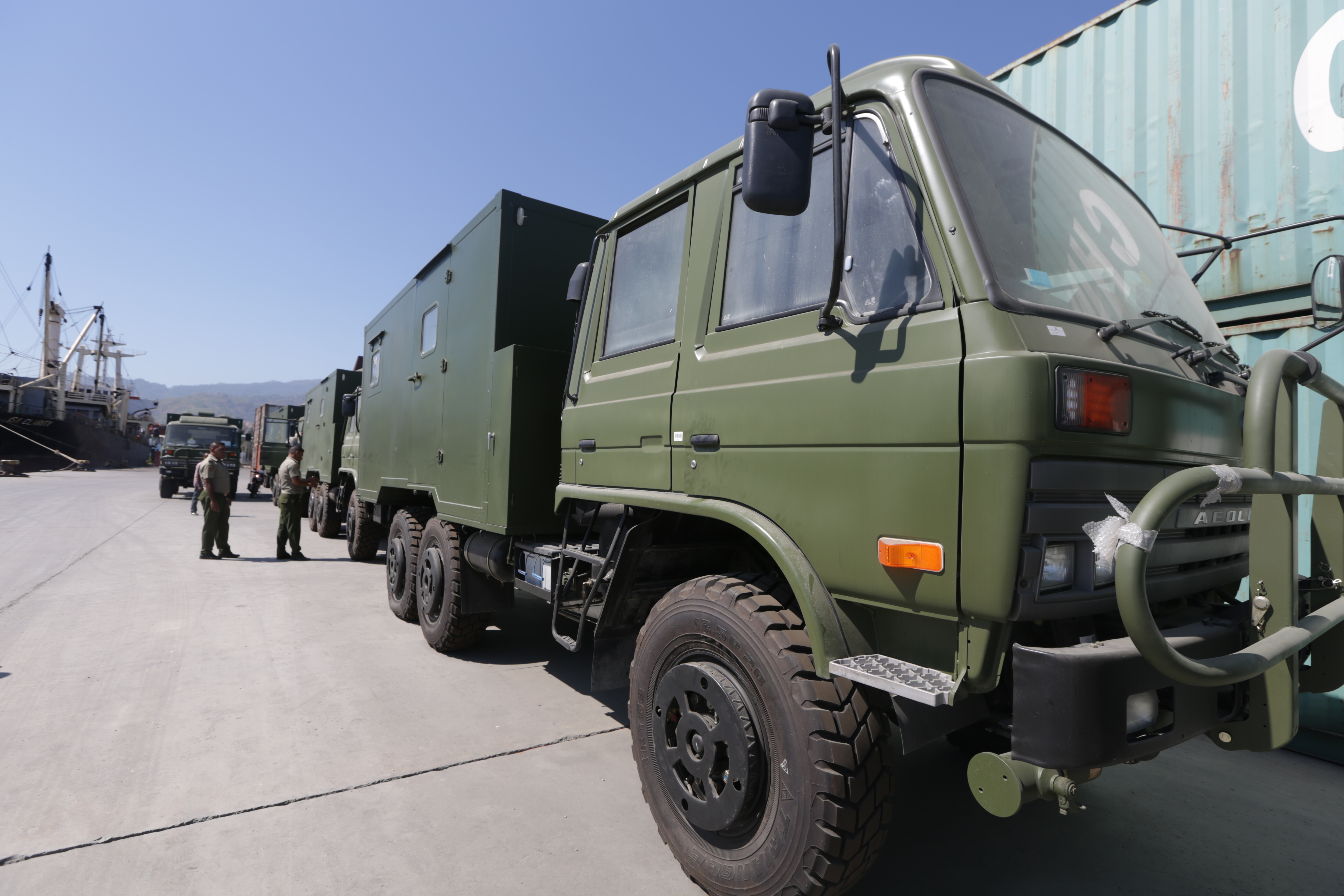 DILI : Minister of  Defense, Brigadier General Filomeno da Paixão will soon deliver cooking vehicles to each of F-FDTL component. The vehicles are supported by Chinese government.

The minister for Defense, who is also interim minister of Interior said that the vehicles will be handed by F-FDTL command.  There will be reserve (supply) vehicles for MD logistic in training centre, Metinaro – Dili.

“There are seven cooking vehicles that are already parked in F-FDTL Head Quarter.  The vehicles will facilitate cooking process for soldiers.  Each vehicle has the capacity to cook for 500 soldiers during emergency,” the minister said to journalists after the meeting with the President at the Presidential palace, Aitarak Laran (10/08/2018)

The Brigadier also said that during emergency, they can cook for themselves.

In addition to that, the Chinese government has also supported other materials such as military boots, and military tarpaulins.  The support is equivalent to two million dollar.