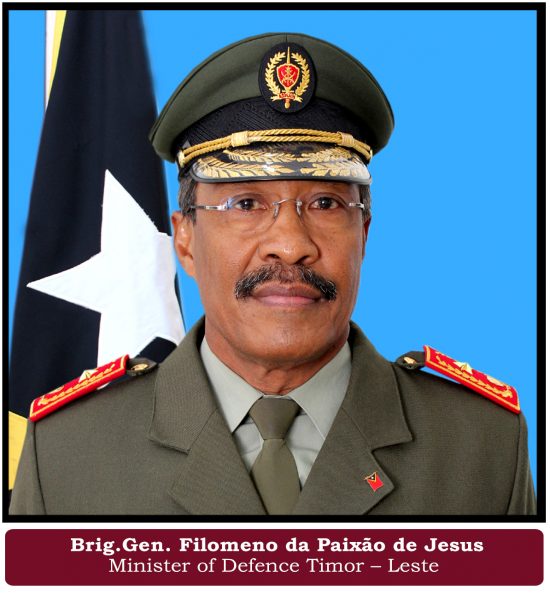 Brigadier General completed his secondary (70 ano) in 1973 at Liceu Dr Francisco Viera Machado. He undertook the Promotion Course for Generals in Portugal from June 2010 to June 2011, and also completed graduate degree in Law Department at the Timor-Leste National University (UNTL) in 2007-2012.

He worked in the Portuguese government administration as aspirant in the finance department from September 1971 to August 1975, and also became one of the founders of the Timorese Social Democratic Association Party (a political organization with the Portuguese name: Assossiação Social e Democrática de Timor or ASDT) in late 1974, which transformed into FRETILIN in September 1975. In November 1975, he was appointed as Vice-Secretary of Justice by Comite Central Fretilin as assistant of  saudoso Justino Mota.

He was promoted to Lieutenant Colonel in 2001 and was appointed as Chief of Logistics from February 2001 to March 2004, and became the Naval Commander from February 2004 to April 2006. He was also appointed as Permanent Secretary of the Ministry of Defense from April 2006 to September 2007 and later appointed as Deputy Chief of Defence Force from September 2007 to August 2008. He was also the head of the Development Office of Planning for “Force 2020” from August 2008 until now.

He was appointed as Chief of Staff from January 2010 to October 2011, and became Deputy Chief of Defence Force from October 2011 until July 2018. Sworn in as Defense Minister for the VIII Constitutional Government on the 9th July 2018.